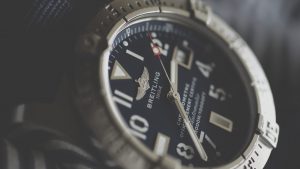 How the wrong shoes can finish you

Experts say employees should take more care with their appearance at job interviews, and remember that what they look like is as important as what they know.

“The most common mistake people make is to believe they will be judged solely on their skills,” says Jennifer Aston, managing director at image consultancy Aston & Hayes.

She says asset managers, particularly at a board or senior level, are “increasingly aware” of the importance of image in the workplace, and she has consequently seen growing industry demand for her services in the past five years.

Mike Elgin, director of talent and organisational development at Russell Investments, says: "It is human nature to be influenced by what we see, as much as what we hear.

"In interviews, the impression you create is vital to your success."

Mr Elgin says there are “horror stories” about “candidates who ruined their chances by turning up inappropriately dressed for an interview.

However, I don’t think anyone ever damaged their chances by being too well turned out.”

For interview candidates wavering between a flamboyant shirt and a more sober alternative, Mr Elgin recommends erring on the side of caution. He says: “It is much less of a risk to be too formal than it is to be too casual. Consider what you want the interviewer to be thinking about you when you walk out of the door.”

James Talbot, a financial services career coach, says most male candidates in the industry realise they need to arrive at interviews “clean and tidy” in a suit and tie, but there are some who “occasionally do not really think about it”. Nonetheless business attire is “simple for men”, he believes.

However, Ms Aston says what men should wear to interviews is not that straightforward: “Men do not think they need to consider the details, but wearing a dark suit is not enough – quality and fit are also important,” she says.

“If you really want to compete, put on a tie. It can be interesting and personal,” she says, adding that men often fall short when it comes to their choice of footwear: “Shoes should not be too casual – wearing laces is always smarter,” she says.

Mr Talbot says dressing for interviews “is certainly more complicated for women”. He recalls a female client who “got into a row with an interviewer over her open-toed heels. The woman in human resources (HR) thought this was very inappropriate”, Mr Talbot says.

In another example, a senior managing director attended an interview “in a short skirt and showing a lot of cleavage. She did not do herself any favours”, Mr Talbot says.

An HR professional, who did not want to be named, says she targeted a number of financial services companies during a job search last year. Based on this experience, she believes an attractive appearance can work against you – particularly if you are female.

“I used to go to my job interviews in a smart outfit, with nice makeup and a good hairdo. Not one HR team called me back,” she says. She eventually tried a new tactic, ditching the makeup, contact lenses and heels for glasses, a ponytail and flat pumps – and got hired.

Ms Aston says women need to be careful about the signals they send out. If they attend an interview in an outfit that is “too sexy, too fashionable or [that] overdoes it, they will instantly look more junior or less knowledgeable”, she says.

Wearing brightly coloured nail polish or having too much flesh on show are also bad ideas, Ms Aston says, although “if a woman is very attractive, it should be in her favour”, she adds.

Toshiko Kobatake, managing director of consultancy Talking Image, agrees “being attractive is a bonus”, but recommends keeping “hair, make up, accessories and perfume as subtle as possible”.

There are some variations within the asset management industry over appropriate dress, depending on the size, scale and focus of the hiring company.

A risk management professional, who did not want to be named, used to work at a major French bank where he does not believe image was important to the recruitment procedure. He says: “It depends on which division you work in. People who work in risk tend to be a bit geekier, and so image is less important. This might not be the case front of house.”

Ms Kobatake says image expectations may be different at a hedge fund to large institutions, such as banks. “Depending on who is running the hedge fund, the dress code may be slightly relaxed compared to a bank. However, if you want to keep it safe, it wouldn’t hurt to attend the interview in a proper suit for men, and a suit or a dress and jacket for women, as you would for a bank."

Ms Aston suggests junior professionals do not attempt to project the same image as senior executives, who “are better known and therefore need to maintain a reputation. Appearance is part of that. A junior employee does not need to invest in a bespoke suit”.

This does not mean job candidates lower down the ranks should throw out business dress codes altogether, but they should not spend hours in front of the mirror, either. “It is about hitting the right balance. You need to spend the right amount of time on yourself, but grooming should not slip into vanity,” Ms Aston warns.

“Luckily, in business, there are very established codes for [attire]. If you are on show, do not deviate from the rules too much,” Ms Aston says.

For Ms Kobatake, these rules entail charcoal grey or navy suits for men, including a black belt and shoes and a white or light shirt complemented by a coloured tie.

Women can be more versatile with colours than men, but should “avoid eye-catching, large, colourful patterns”, she says. She recommends court shoes with modest heels and urges women to avoid stilettos, sandals or flat shoes, and stick to nude tights.

Ms Aston acknowledges there “is not much research” into whether interviewers concentrate on style over substance, but refers to studies carried out by University of California academic Albert Mehrabian in the 1960s as an indication that interviewees’ image and demeanour can overshadow what they say.

Thinking about how “you want to be perceived by others and how you want them to talk about you when you are not there” are therefore crucial as employers tend to make “snap decisions”, Ms Aston says.

This session is ideal if you have a reasonably small amount of clothes and would like to do both wardrobe planning and image consultation at your home. (Colour swatches, make up and written profiles are not included.)

This package is dedicated to the pair of you; whether you are a mother and daughter, a wife and husband, partners, siblings or just great friends. You can take the consultation together or individually, it's purely up to you. It's always so fun and relaxing to share an experience with someone you care about. The great news is that you can also take advantage of the special price offered for this package, just for the two of you.

This session does not include make up.

Even if you have had an image consultation or wardrobe planning before, it is important that you review and update your image on a regular basis. To ensure that you maintain your current image, revamp it further or perhaps project a different look due to change of lifestyle or ideas, we will be at hand to achieve the look that you want.

This plan is perfect for busy people like you who want to always look your best, but in reality, find that spending time for yourself comes last on your do list. This "All-Year-Round" plan ensures that you look and feel great, not just today or tomorrow, but any day, anytime, all year round in the most efficient and effective way.

The benefit of 365 Plan is that it takes you through an image consultation, wardrobe planning and seasonal personal shopping within a one-year period, allowing you flexibility to suit your schedule and is offered at a more attractive price. If you don't look after yourself, who will? We will guide you all the way.